Once we moved in the new premises and my stress levels started to settle, I started to really enjoy practising here. I mean to this day I am stunned by the beauty and serene feeling of the place but back then I had to pinched myself to believe I was not dreaming and of course in those days everything was sparkling fresh and new.

My favourite spot to practice was as near to the garden as possible, and at an arms’ length from the props.

So here I am, one morning, practising, chilled out, very happy and feeling safe. I mean if there is a place where one can feel safe it’s a yoga studio.

So one minute I am doing dog pose, my eyes looking back toward my legs as one does, and then…. I spot ‘something’ coming out of one of the barrel. We had one barrel in those days and it lived on the front prop bench.

But that ‘thing’ started to move. And that thing had a head. One of these cute little lizards I thought….but then… the ‘thing’ slowly started to slither out of the barrel… and panic struck. The moment I got it was a snake, I found myself right across the room, in the corner near the ladder.

I was practising with Chris who was teaching with us at the time and she suggested we ring a ‘snake catcher’… wow ‘how neat is that?’! I thought (there aren’t that many of those kinds of people in Montreal!). We watched the snake’s every move until the man arrived half an hour later and then watched him, in awe, pulling the snake out. I just asked a friend to identify it and she said the legendary Steven Cutter from The Ark said it is a ‘Darwin’ Carpet Python (Northwestern carpet python).

After that episode I practiced a little further away from the garden until time proofed that it was a one isolated event never to be repeated. Since then of course Caryota Court has been fully developed with a bitumen road, many buildings and people and there hasn’t been a snake sighting for decades.

Sadly, what we see in the garden these days is the odd cane toad… and yes there are stories on cane toads to tell but they are pretty gross so I’ll pass… 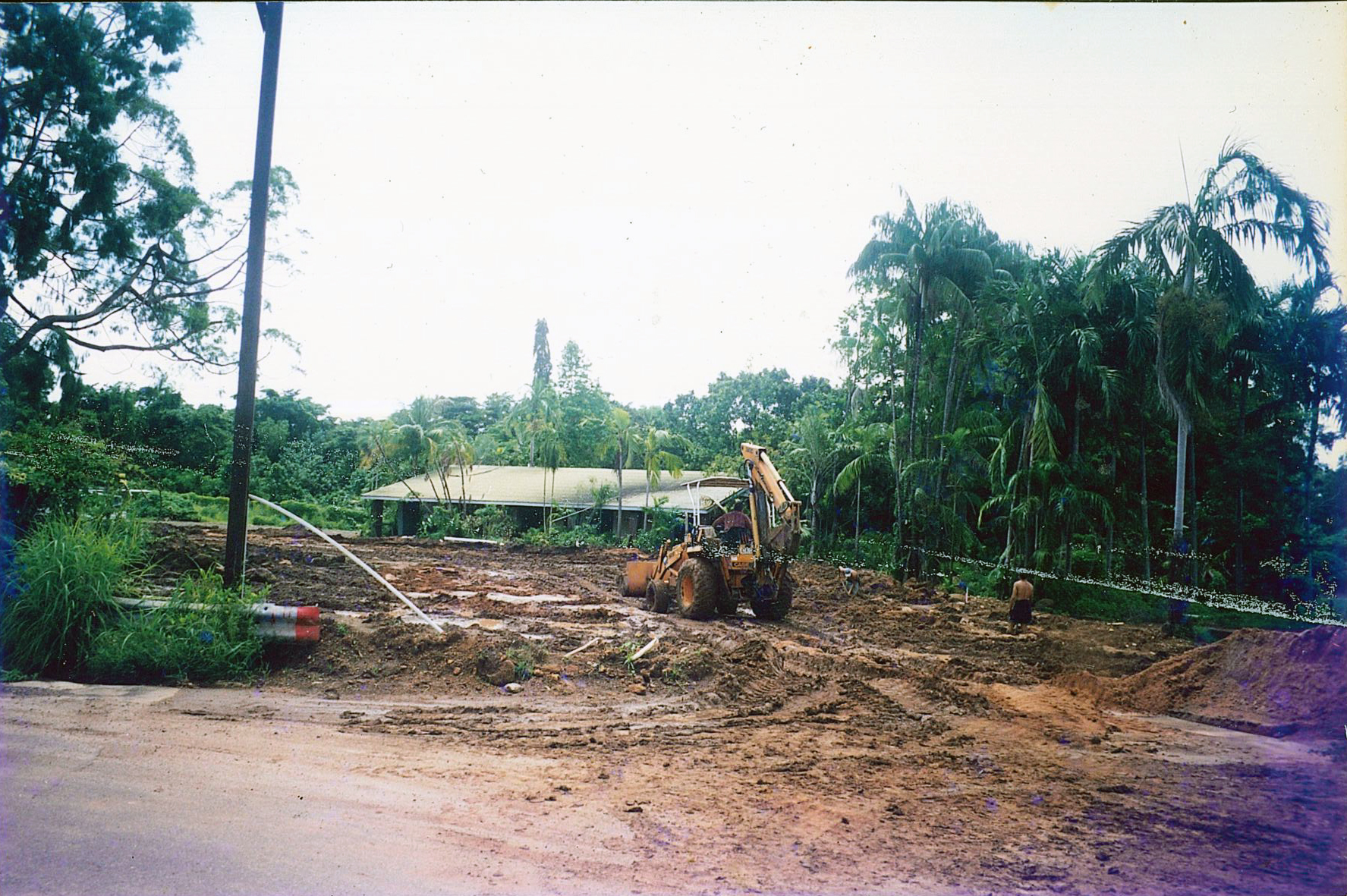 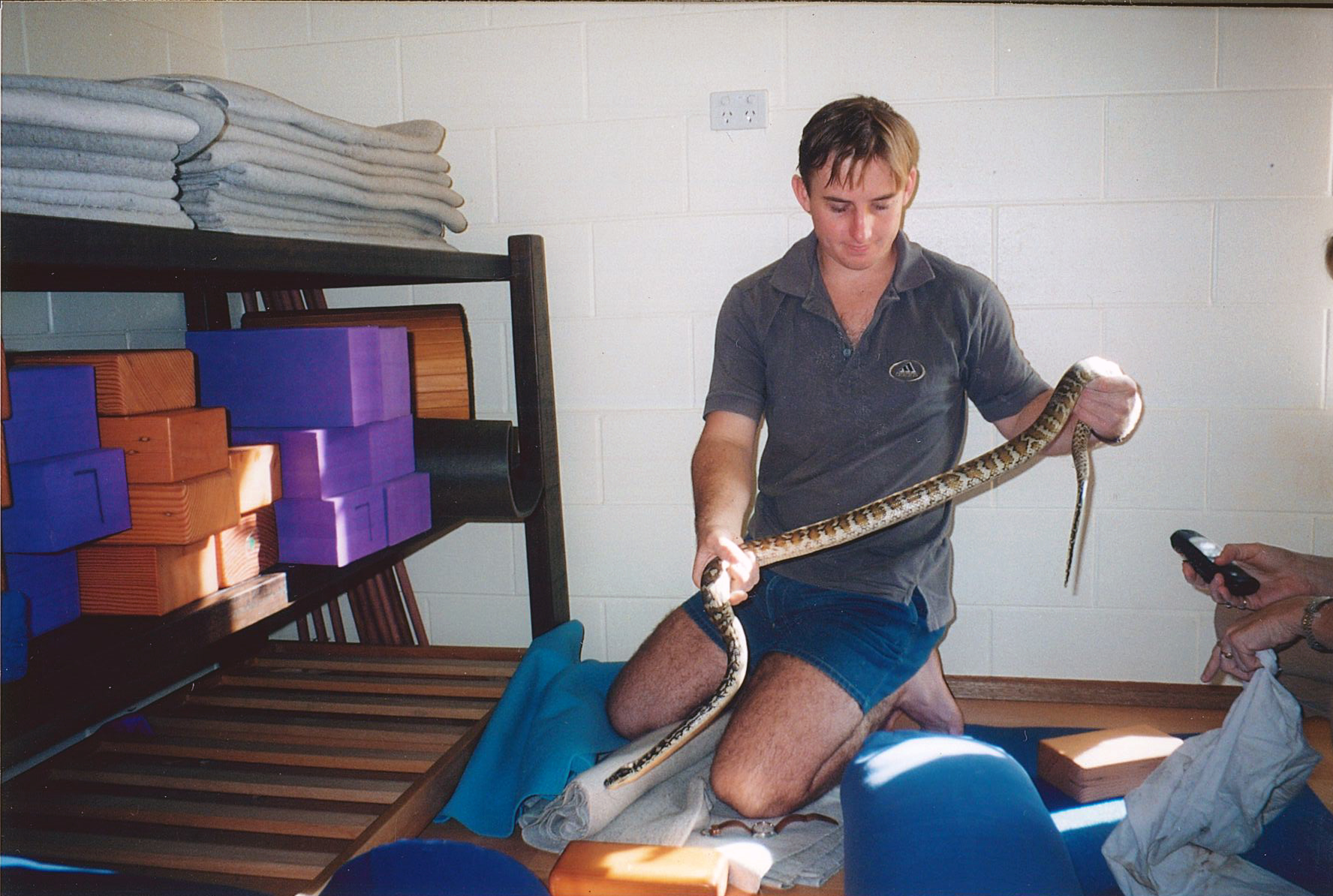 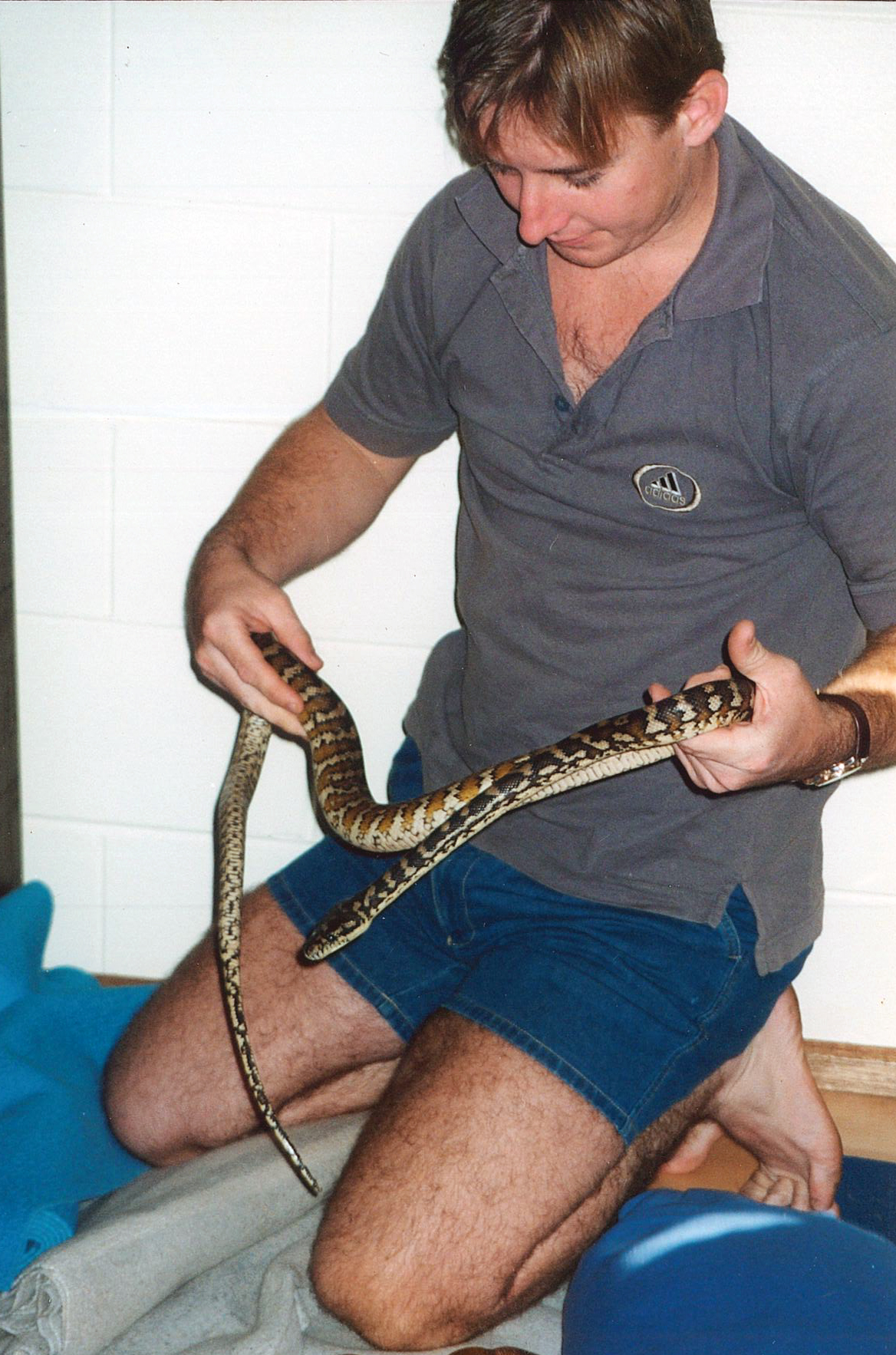 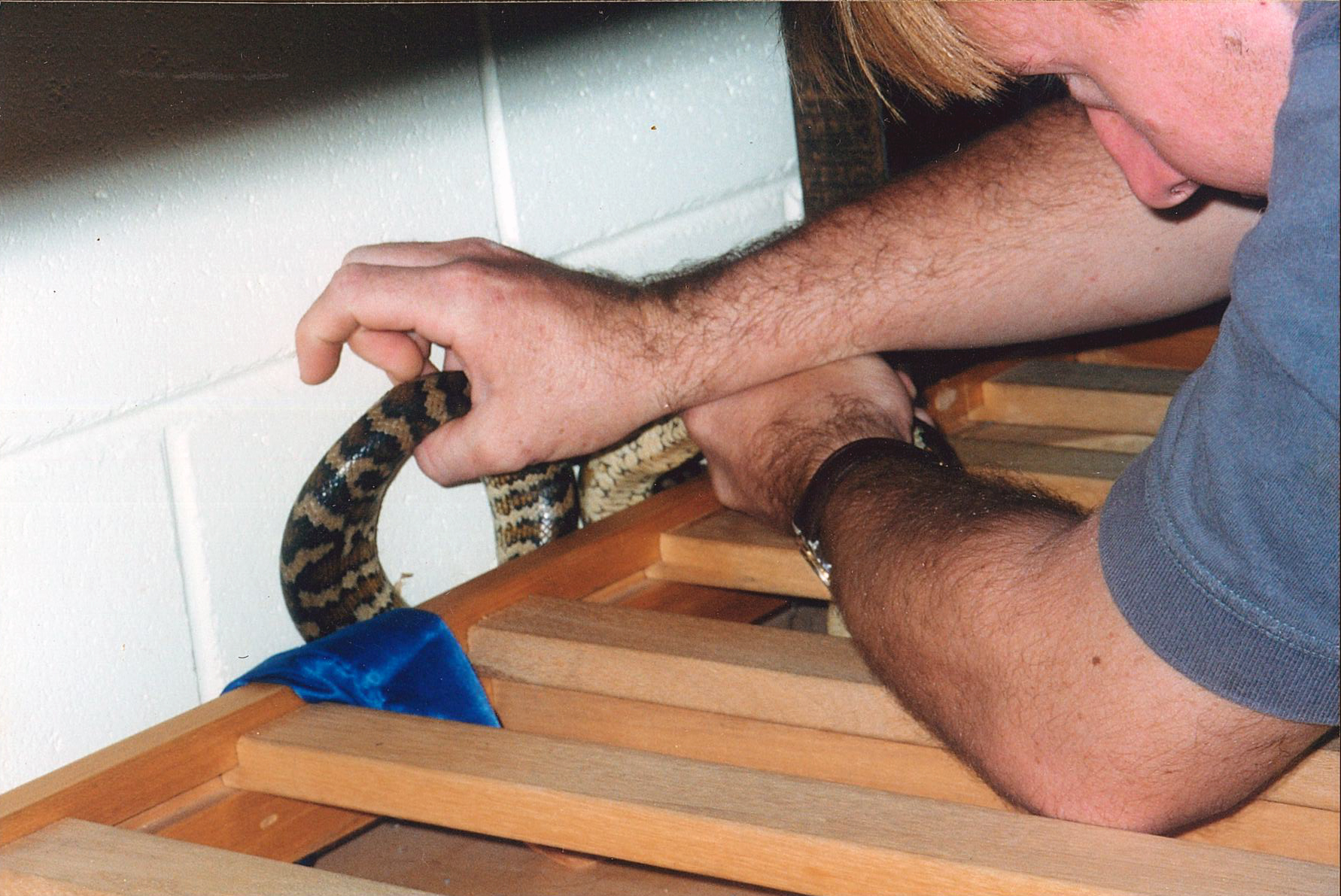 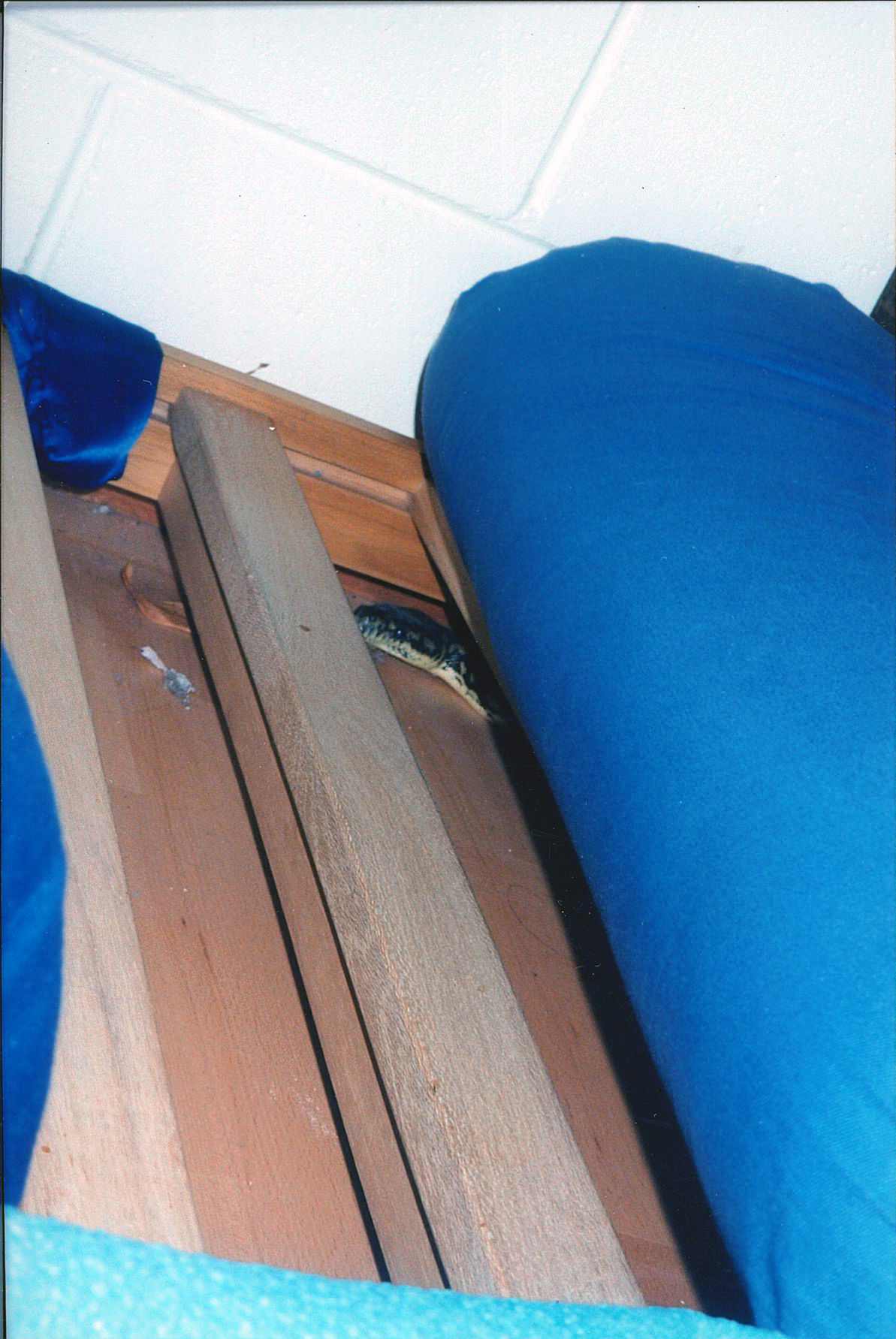 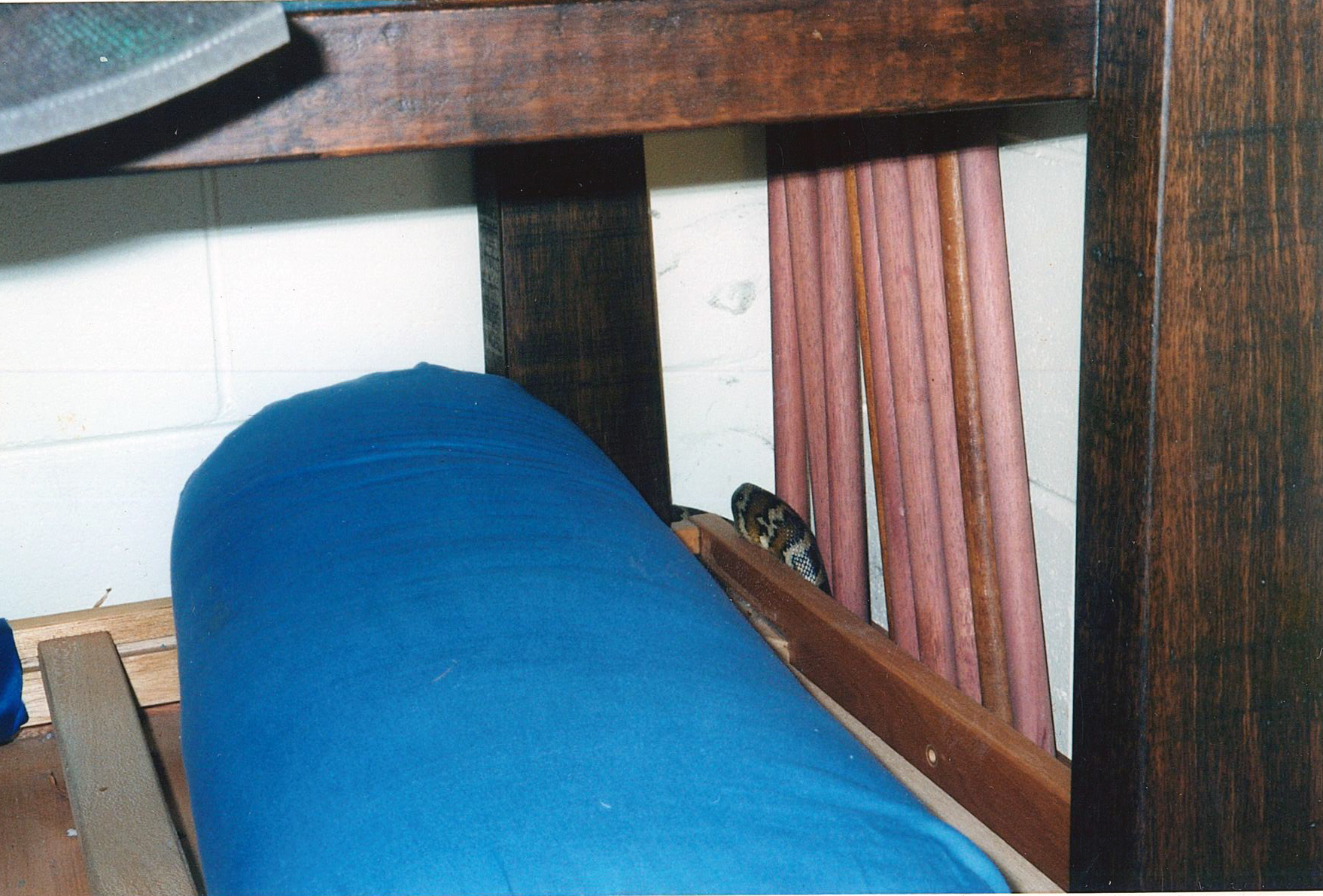 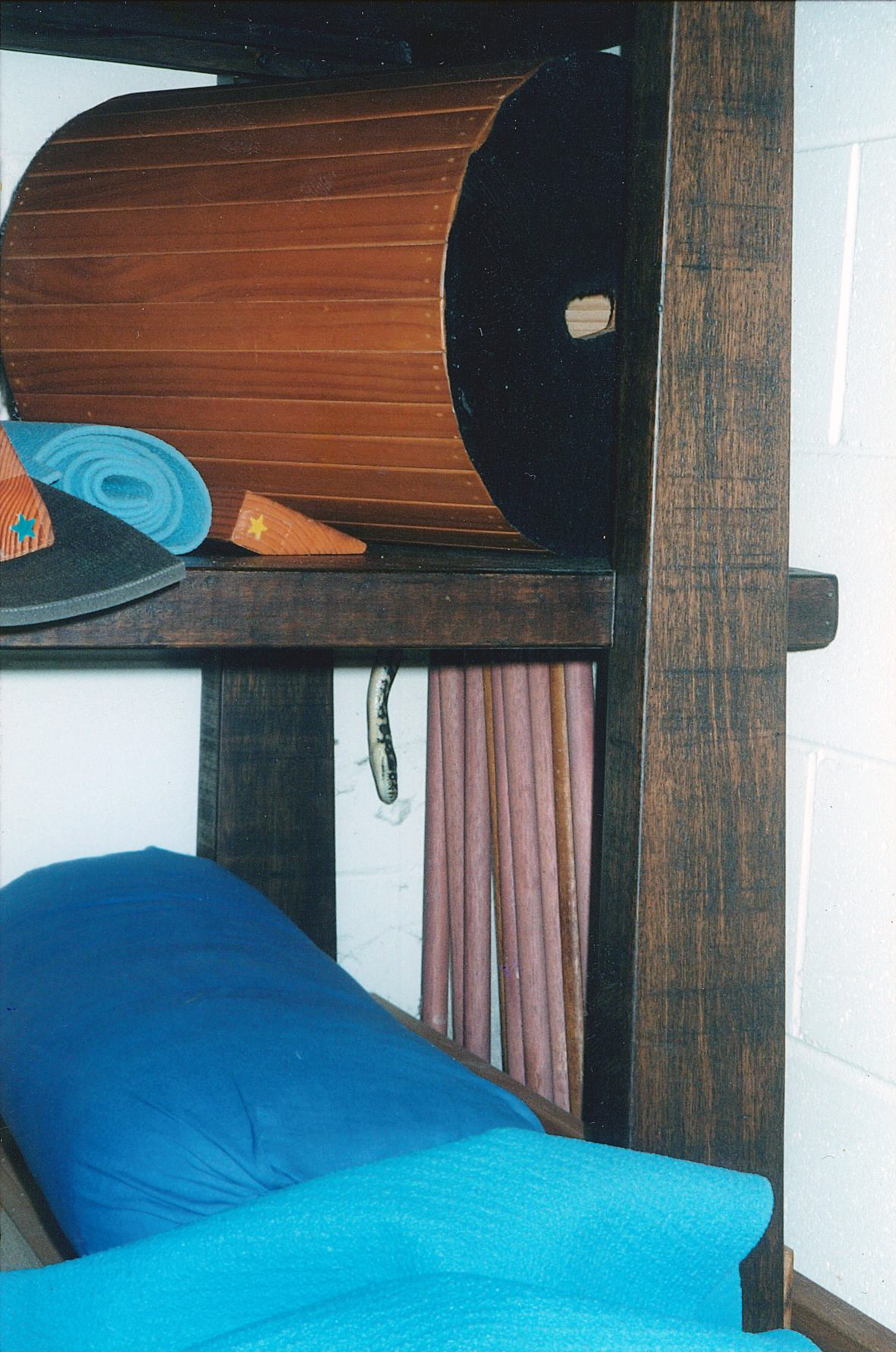